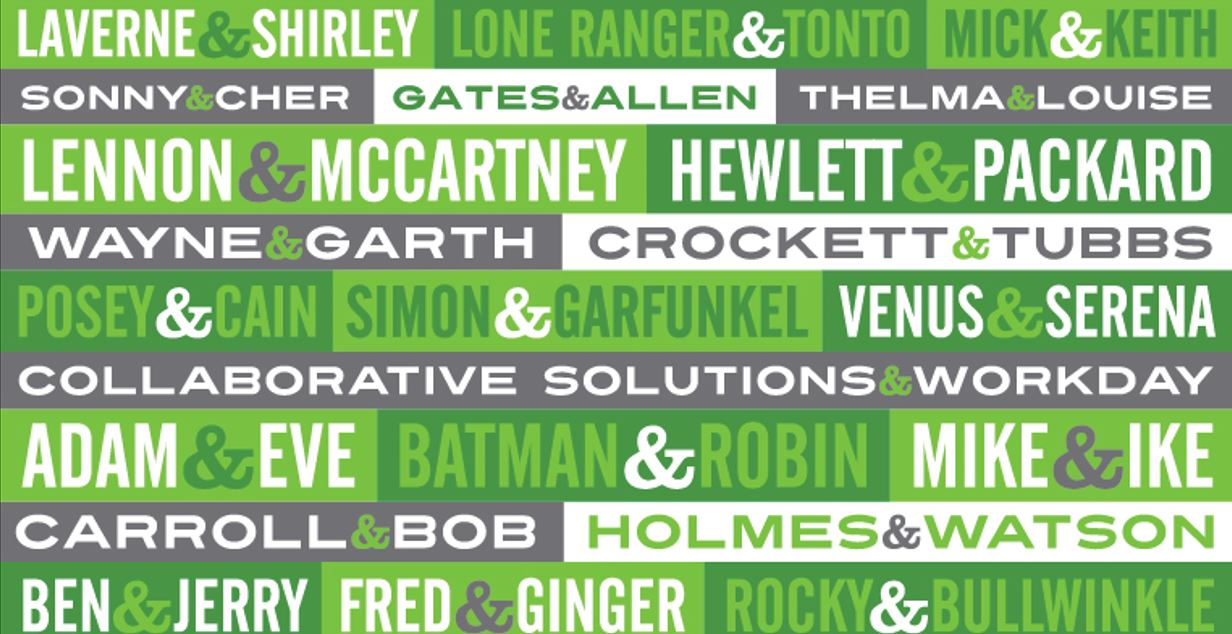 5 of the Most Underrated Collaborations of All Time 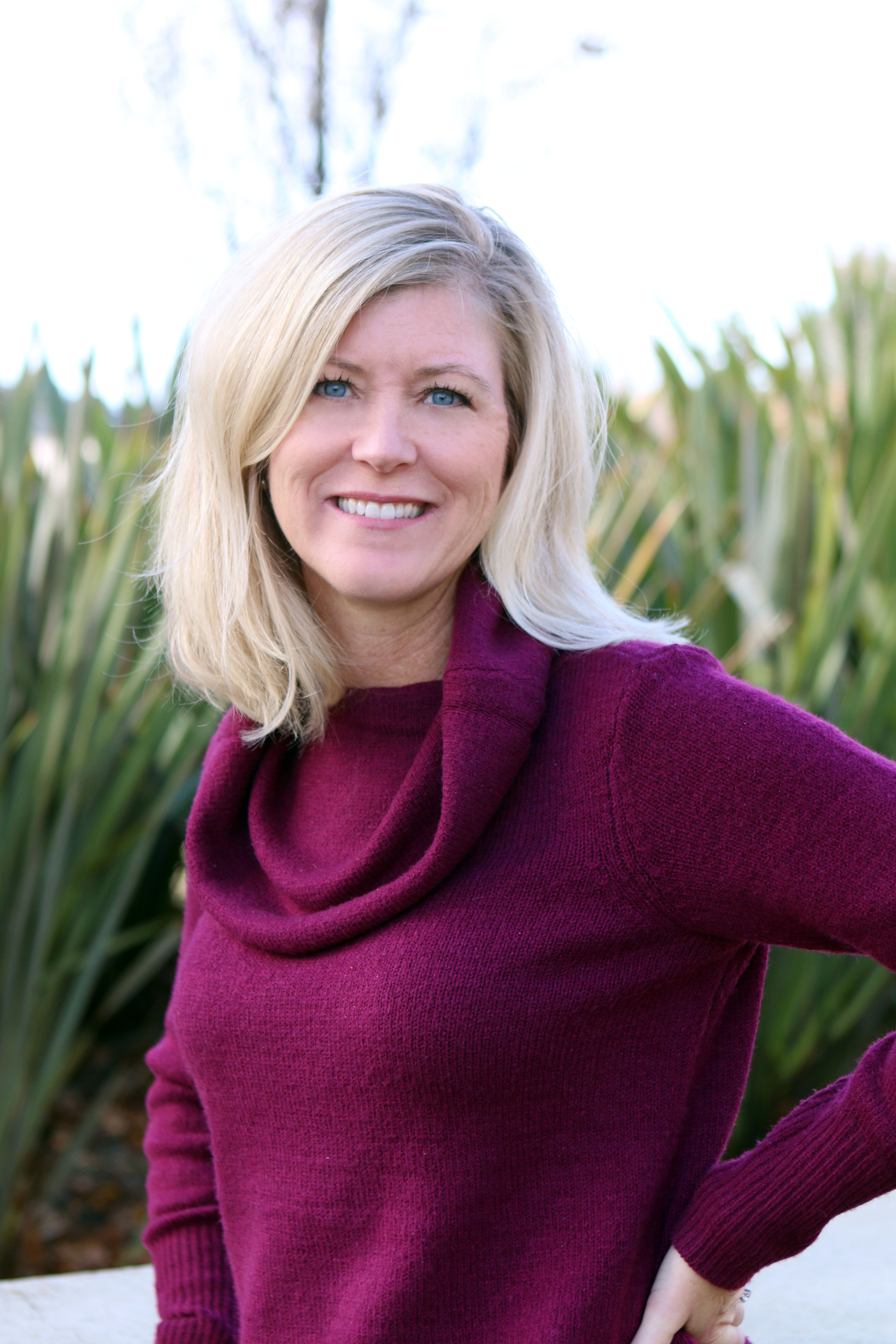 Here at Collaborative Solutions, collaboration is in the name and in the way we do business. Artwork in the office even gives a nod to famous collaborators, like Lennon & McCartney, Holmes & Watson, Simon & Garfunkel, and Abbott & Costello. It’s been said that when synergy occurs, the interaction produces a combined effect that’s greater than the two parts alone. Instead of one plus one equaling two, one plus one equals three. Given this, it’s no coincidence that our proprietary implementation method involving teamwork and guidance from the planning stage to post-production, is called CynergyTM.  A few customers we’ve collaborated with include Facebook, Burlington Stores, the University of Southern California, and Bill and Melinda Gates Foundation.

But not every talented individual can just get together with another gifted person and achieve synergy. The individuals should also have complimentary personalities and interests, or the combined talent will not be any better than the individual contributions. Some of the great innovative collaborations who’ve achieved this were Bonnie & Clyde, Hall & Oates, Sonny & Cher, and Gates & Allen. You’ve heard of these better-together pairs time and time again, but what about those who rarely get mentioned? It’s time to tell the stories of those you probably didn’t even realize achieved synergy with a counterpart. 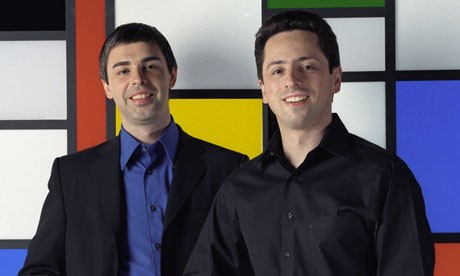 Can you name the company behind these two that revolutionized the way we use the internet? The Google founders first met when Larry was considering getting his PhD at Stanford and taking a tour of the University, with none other than Sergey as his tour guide. While working on a project at Stanford, the pair realized there was a need to make it easier to search the internet and find pages with more incoming links from credible sites. Larry Page and Sergey Brin then founded Google Inc. in a garage (isn’t that how all groundbreaking start-ups begin?). It’s been said that the duo’s first conversations were more of arguments, but regardless of whether they immediately hit it off, the friendship is still one of mutual respect. 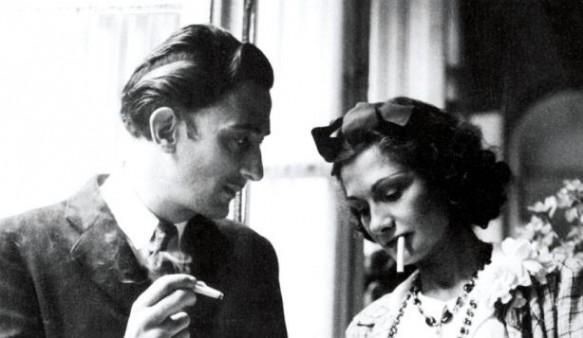 You’ve probably heard of Coco Chanel, but did you know she formed an alliance with unfamiliar business partner, Pierre Wertheimer, who took 70% of Chanel profits? Chanel had always sold her perfume, Chanel No. 5, to a small number of elite clients in her boutique, and believed it was time to mass-market the fragrance. Wertheimer’s proven expertise in business caught Chanel’s attention, and she decided an alliance with him would be beneficial.

Her eye for fashion and his business knacks resulted in a successful collaboration, and it wasn’t until the fragrance became wildly popular that Chanel regretted signing into only 10% of company profits and their friendship was crumbling. During WWII, she even used her “Aryan” race to petition German officials to legalize her right to sole ownership against the Jewish Wertheimer’s. This may have worked if the Wertheimer’s hadn’t had been a step ahead of her and transferred their ownership over to a Christian and French businessman until the war’s end. 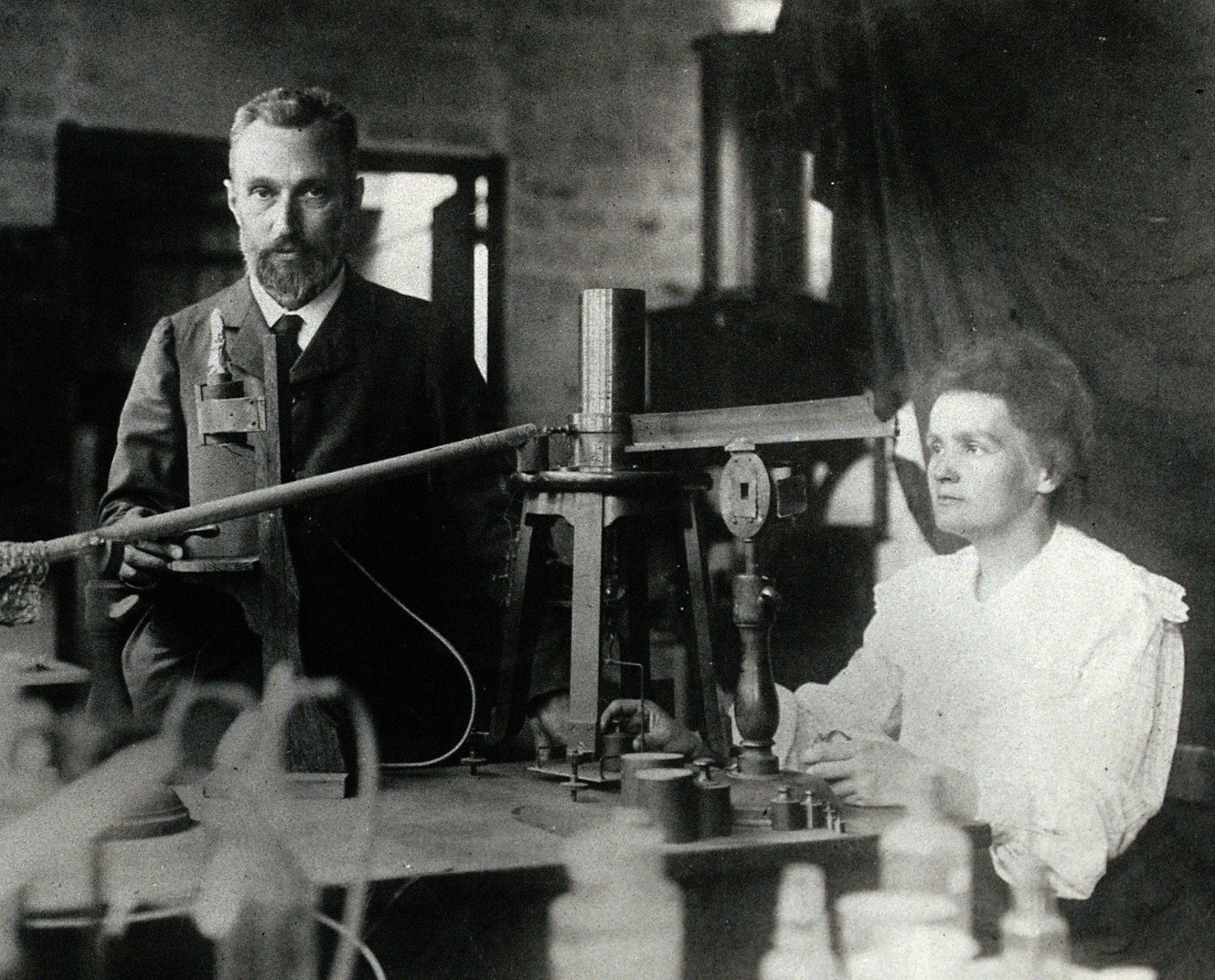 What’s better than a good love story? A good love and scientific discovery story. It can be described as nothing other than fate that brought the two intellects Marie and Pierre Curie together. They were introduced as colleagues with mutual interests in science and technology, and what started as project meetings developed into romantic meetings. Soon after their wedding, the two joined forces in scientific research and the study of radioactivity. They pioneered work in the fields, and are best well-known for the discovery in 1898 of the elements polonium and radium. The couple went down in history as Nobel Prize-winning philanthropists who would rather donate their money and live in poverty than lavish in fame and riches. 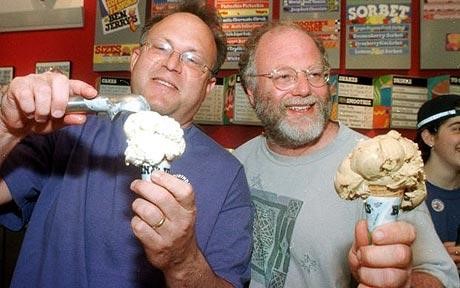 Following in the same philanthropic fashion as Marie and Pierre Curie are one of every child’s favorite collaboration: Ben and Jerry’s. As childhood friends, the two found they were bored at their jobs and wanted to do something fun. The initial idea was to start a bagel shop, but with the high costs of equipment and their low savings, they instead opted for ice cream. They became real entrepreneurs when they ran every aspect of the business themselves, with Greenfield as the principal ice cream maker and Cohen as taste-tester, truck driver, and director of marketing and sales. As the company’s profits soared, the two struggled with the realization that they were extremely successful businessmen, no longer humble ice cream makers. With time, the two found a way to integrate profitability with corporate ethics: giving back to both employees and the community. Humanitarianism has become a vital part of Ben and Jerry’s, and is used in similar business models across thousands of organizations today. 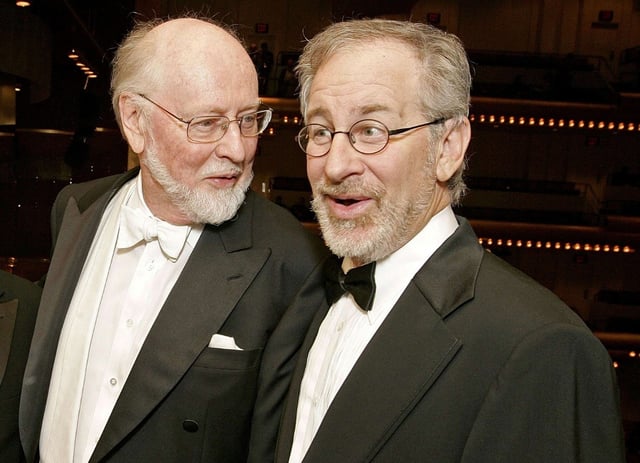 While you’ve undoubtedly watched many Steven Spielberg films, chances are you didn’t realize John Williams was the musical genius behind many of them. When Spielberg and Williams met over lunch in 1972, Williams already had 20 years of experience in writing and performing original music for films and TV.  Spielberg was at the ripe young age of 25, and Williams recalled “It was like going with a teenager who had never ordered wine before and didn't quite know what to do with the silver.” The age difference didn’t make a difference in their friendship, however, and the two went on to work on more than 25 films together, including “Jaws”, “E.T.”, “Saving Private Ryan”, and “Close Encounters of a Third Kind”. They continue to collaborate and describe their closeness as a result of ‘very compatible dissimilarities’.

What 'better together' collaborations have inspired you? Let us know in the comments below!